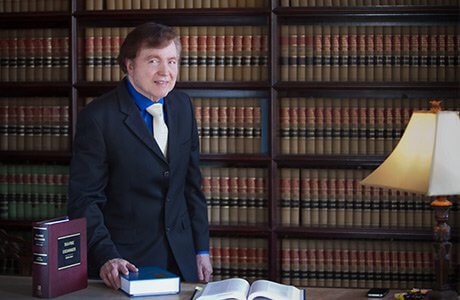 A history of service to central Indiana

Since 1975, Curtis J. Butcher has been providing experienced negotiation skills and dedicated legal services to Carmel, Indiana and the greater Indianapolis area. You can put your trust in his firm to provide the counsel and representation your matter demands. With more than 40 years of experience, he can provide one-on-one personalized services to assist you in finding the best solution for your case.

Curtis grew up in Bloomington, Indiana, where he attended Indiana University to pursue a degree in architecture. As economic circumstances around the country changed, so did his focus. He graduated with an accounting degree, which included some pre-law classes that whet his appetite for the law. He went on to attend the IU School of Law, where he earned his Juris Doctorate.

Curtis served a year as deputy attorney general for the State of Indiana before opening his law practice in Carmel, Indiana in 1975.

Curtis designed and built his own home. His grandparents were involved in construction and cabinet making, which influenced his initial decision to become an architect. While he chose law as a profession, his efforts to restore historic downtown Carmel buildings, one of which is home to his office, earned him an award.

Get the answers you're looking for

Set up a case evaluation with Curtis Butcher

Let's work it out together